Over a decade ago we asked ourselves a simple question: could there be a better way to learn a language. Our own terrible experience with bad teachers and uninspired programs was a special motivation. The fact that almost half of US high school students study a language but only 4% of Americans who grew up speaking English at home can actually speak another one confirmed that something was wrong. Almost fifty percent of Europeans can speak a second language.

One of the challenges for Americans is the barrage of advertising by companies founded by clever marketers who aren't interested in the deeper questions of how adults learn second languages. The ideas they have planted in our culture -'you can learn as if were you a child', 'you can learn with an App game', ' learn in three weeks'- have poisoned the well of our own learning.

We started out in Shanghai, where we asked what it would take to build a linguistic model to get English-speakers to reach fluency in Mandarin. After finishing a very expensive immersion in China it was clear our classes had spent too much time on structures that were both complicated and not essential to building the foundations of the language; we had learned words we didn't need (i.e. cabbage and eggplant) but were considered critical by our teachers; we hadn't spent enough time on the complicated stuff (tones) because native-speakers who had written the program figured that was the simple part - easy for them no doubt, but not to western ears.

Our alternative turned out to be obvious: build a path through Mandarin from the point of view of English. We focused on the toughest but ultimately most rewarding path for someone who wants fluency: learning how to build sentences by mastering the language's structures. And the only way to learn that is with solid explanations in English. More than that, it's about finding those structures in Mandarin that would make sense for English speakers, and using them to thread a path through Mandarin.

Finding and then leveraging similarities between both languages, crafting hours and hours of common sense explanations in English, and teaching learners how to build their own sentences, is the exact opposite of flashing random words and phrases in an App game.

The first digital program we built, Fluenz Mandarin, blends hundreds of video explanations by an English-speaking tutor with over a thousand hours of interactive material, all seamlessly accessed on iPhone, desktop, Android, and iPad devices. After we finished that project we picked apart Spanish from the point of view of English and created a unique path through that language.
French, Italian, German, and Portuguese followed over seven years because real learning programs can't be built overnight-and each language must be considered a unique system with its own relationship to English.

After ten years and hundreds of thousands of learners, it was time to create the ideal face-to-face immersion. We first wrote an individually tailored program that hones in on the elements that will unleash fluency for each learner. The most intense one-on-one coaching anywhere is paired with hour by hour assessments and recalibration of each participant's path. To make it happen, a unique team of coaches has been recruited all over the world.

Finally, immersions require an additional dimension. It matters where people stay, what they eat, how they experience the culture. An art-filled boutique hotel that feels like home is the ideal place to learn, while private visits to the world's best museums or the chef's table at a country's most important restaurant make a big difference.

Every program we've created, digital or face-to-face, is about delivering a transformational learning experience. It's about the magic of fluency and the moment in which an amazing tutor leads, engages and transforms the learner's relationship with a new language.

"Languages are the result of billions of conversations over hundreds, even thousands of years. This is the complexity that makes them beautiful and which tempts so many of us to take up the challenge of learning them. For those who really want to learn, our great coaches, our common-sense explanations, the way each language is carefully taught and the passion we infuse into every minute of your learning, make all the difference in the world.

One more thing. While beautiful design is dismissed as irrelevant in digital education and great accommodations are unimaginable in most language schools, we beg to differ. From your screen to our beautifully restored houses, we've worked to perfect a truly memorable experience. 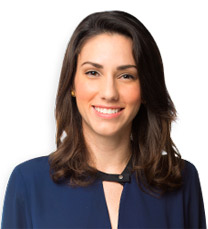 The best-known and commercially successful theory for teaching languages during the past century believes that absolutely no English should ever be used to explain how the language being learned works, even if the learner is a complete beginner.

This is based on the belief that adults should learn new languages in the same way they learned their first one as very young children.

Yet, contemporary linguistics research suggests that adults learn languages differently than children. While children learn languages instinctively, as if they are hard-wired to acquire them, they lose this ability upon reaching puberty.

Around the age of 12 or 13, the brain essentially solidifies, radically changing how we learn languages. This is likely the reason it’s so difficult for adults—unlike children—to learn new languages without an accent. And it is the reason why adults shouldn’t expect to learn a new language in the same way they learned their mother tongue.

The flip side is that adults have a major advantage over children when it comes to learning a new language: they already know an entire system of grammar and vocabulary—that of their own mother tongue.

If English and Mandarin share a similar way of creating the simple future, doesn't it make sense to draw this out? If the English words for "automobile" and "cell phone" share the same roots with several Romance languages, wouldn't it help to emphasize the association?

By approaching the new language from the point of view of English, what seems unintelligible is made clear. This is the essence of leveraging English to learn each of the Fluenz languages.

As our company grows, we continue to expand into a variety of areas. Whenever we have the opportunity to add team members we go back to the many resumes people have sent us over time. While we can't answer every single email we receive, we do keep them on file for future reference. In case you're curious about working at Fluenz, here are a few ideas.

Ideal team members are constantly trying to reach a balance between the right amounts of optimism and realism. This balancing act extends to being creative and resourceful without losing a single-task orientation, as well as having amazing ideas yet getting the job done. Team members either come with a broad world-view or the willingness to acquire one quickly.

We also believe in humor and in beautiful design.

Send your cover letter and resume to talent@fluenz.com.